Environment – why policy-makers must put EVs into the driving seat

Many high-level policy-makers still believe that renewable energy systems can’t replace conventional energy – and may not be able to for decades.

Nothing could be further from the truth. Their misunderstanding stems from a fundamental difference between old fossil-fuels and modern, near zero-carbon emission, renewable energy.

Once all governments, and the corporate energy industry, appreciate that the future can’t be the same as the past – and that key pieces of new technology are falling into place rapidly – there is not much left to block the UK’s urgent transition to a low-carbon economy.

It will revise rules on buying and selling micro-renewable energy in the next year. It is also investing 246 million in battery technology. And to improve long-term air quality, ministers want to end new petrol and diesel powered vehicles sales in favour of EVs (electric vehicles) from 2040 onwards.

This could help to position EVs, and their advanced power-packs, as an important new strategic conduit between abundant, cheap and convenient local solar energy supplies, and an extremely flexible nationwide 24/7/365 energy storage resource. In effect, a dispersed ‘national battery’. Presently there is not incentive for an end consumer to do this: buying electricity at 15p/unit, storing it, and selling it back to the grid at 5p/unit, does not make any sense. But clever people are working to fix this.

Progressive ideas from political leaders are of course very welcome. However, the widespread conventional profit-and-return corporate view of many boardrooms is that fossil-fuels will remain essential for decades to come.

Exxon said in ‘Managing the Risks’ that it ‘takes the risk of climate change seriously and continues to take meaningful steps to help address the risk’. But elsewhere it adds, ‘We are confident that none of our hydrocarbon reserves are now or will become stranded’.

It goes on to say that the chances of a ‘low-carbon scenario’ limiting global temperature rises to no more than 20C is ‘highly unlikely’, and claims that a low-carbon transition would cost median US families 44% of their income. Other sources assess this will be considerably less than 5%.

The root cause is a false assumption that renewable energy infrastructure – solar in particular – is being created linearly. This is the so-called straight-line syndrome.

As Figures 1 to 4 in the Graphic Evidence section below indicate, IEA statistics show that installed solar PV capacity is actually rising exponentially; the cost of lithium-ion batteries is falling much faster than predicted; large-scale solar PV and onshore wind installation costs are financially attractive; and the size of our climate policy gap increases year-on-year. New policies are needed from now onwards.

This satisfies one of our major priorities. Renewable energy is becoming plentiful and cheap.

It also overturns the dual fallacy that renewable power can’t be stored commercially and its intermittency means that it is either untrustworthy, or could overwhelm the grid without resilience and voltage stabilisation measures.

In fact, the data shows that battery storage technology costs have been falling dramatically. Manufacturing capacity is rising. Charging times are falling. Endurance is increasing.

This sets the scene for EVs to have their day.

Now you see it, now you don’t

We are familiar with energy delivered via a pipeline, barrel, tanker or lorry – gas, oil, LNG and coal. These tangibles can be weighed, smelled and seen. Barring leaks, you know exactly what you’ve got.

In contrast, renewable energy has had a bumpy ride in recent years. The first myth has been that turbines are unsightly and the public don’t like them. This was debunked by an October 2016 ComRes poll showing actual public approval ratings of 80% for solar farms and 73% for onshore wind farms. (http://www.comresglobal.com/polls/1010-energy-survey/)

The second myth is that renewables are economically unsustainable without public subsidies. Plummeting solar energy costs aside, offshore wind costs have also tumbled years ahead of schedule, and compared to the externalised costs of fossil fuel combustion, with renewables, what you see is what you get. There has NEVER been a level playing field, and the wholesale cost of electricity does not in any way reflect the true cost of generating it.

But the third issue, intermittency is now being turned if not into a virtue then at least a problem with a solution.

Storage technologies can now smooth out renewable energy peaks and troughs. An example is the well-trialled Leighton Buzzard 6MW/10MWh Lithium-ion battery that can power the town off-grid for several hours a day. Such a battery, commissioned in 2014, would now fit into a 40ft shipping container – the achievable energy density is rising very fast.

But these industrial-scale resources are dedicated to specific locations and communities.

Successful battery development at a much smaller scale has led to innovations such as the Tesla Energy 10kWh home battery. It is also revolutionising the capabilities of EVs. Why duplicate the two systems unnecessarily?

EVs can store electrical energy for long journeys. However, for much of the working week, many drivers only cover short commuting distances. V2G smart technology opens up the prospects of buying and selling excess energy from and to the grid for much of the time that vehicles are parked but ‘plugged in’ at home or work.

In an article first published by Skeptical Science on 2nd March 2017:

( Article) author Ryan Logtenberg says US EVs are driven for an average 50 km a day, for which they need circa 10kWh of electricity. Allowing for a 50% margin, 75% – or 45kWh – of a 60kWh battery’s capacity is left available. He adds that many municipalities are already testing V2G energy to power cities.

Without even touching the 15kWh reserves set aside for daily commuting, it is estimated that enough power could be available to keep the US running until sunrise and beyond at competitive prices, he says. This could be the missing link for both the low-carbon transition and death of fossil-fuel dependency.

Breaking down the myth

Carbon Tracker has done excellent work to disprove the myth perpetuated by the energy and financial industries that fossil-fuels are indispensable in its ‘Lost in Transition’ report: Lost in Transition.

It quotes the 2014 Peabody Energy Annual Report which states that from 2012 to 2040, primary energy demand will grow by 50%, coal demand will rise by 51%, and growth in electrical power fired by coal will be greater than that from oil, natural gas, nuclear and solar combined.

Carbon Tracker notes that predictions do not have an accurate track record. Instead, it uses scenario planning to map out a range of possibilities; as the Devil’s Advocate it considers four simplified economic model components based on nine basic assumptions.

These include the presumptions that by 2040, the world population will be 9 billion but global GDP growth rates will be maintained; the rates at which GDP energy intensity continues to fall will slow markedly, and that the carbon intensity of energy will remain high because fossil-fuels will maintain market share.

It also finds that greater energy efficiency and economic low-carbon transitioning could decouple economic growth from energy demand. Falling GDP energy intensity could be deeper and faster than expected. Gas is in a fluctuating position and takes on a back-up role.

Meanwhile, renewable energy technologies exist and are getting cheaper, with markets and finance adapting to evolving opportunities; the potential to beat expectations is high.

Personally, I am convinced that one of the strongest drivers of the switch to EVs will be just how good they are – smooth, quiet, simple, powerful. They will be flying off the shelves!

It is clearly time for all policy-makers to help unlock the inevitable cost-effective sustainable EV revolution. Otherwise, they will be trying to hold back history but be swept away in the tide.

Vehicle and battery manufacturers and researchers are doing their bit; the other group of people who can force change are you and me, the motorists.

I already enjoy driving my family’s EV in the certainty that on long journeys, with a range of 160 miles, I can reasonably expect an 40% battery recharge in 45 minutes. These statistics are improving on a monthly basis.

More typically, we use the EV for local journeys. It charges on cheap electricity overnight and runs on a single charge for a week. Operated this way, the fuel cost is around 30% to 50% of a fossil-fuel equivalent on a per mile basis. 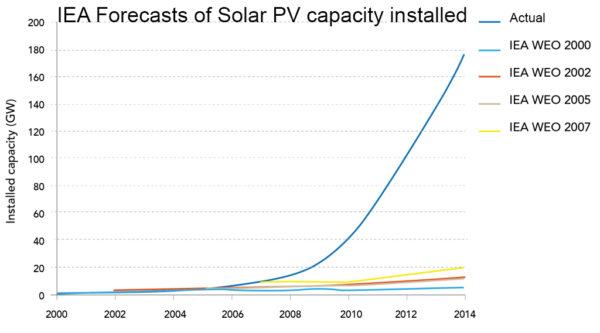 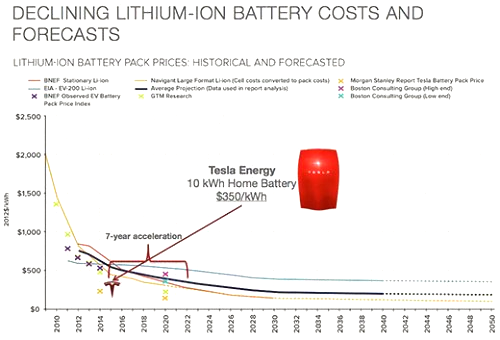 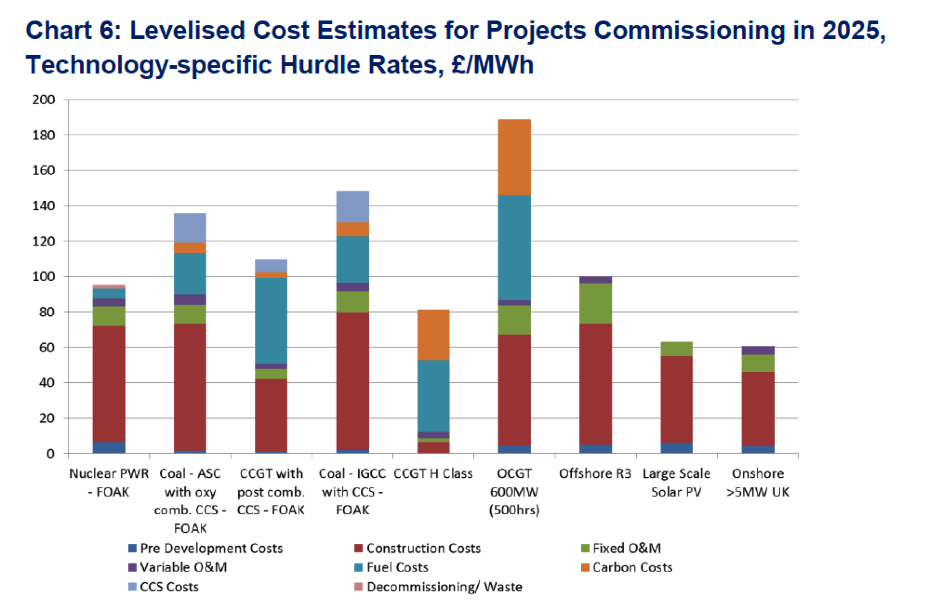 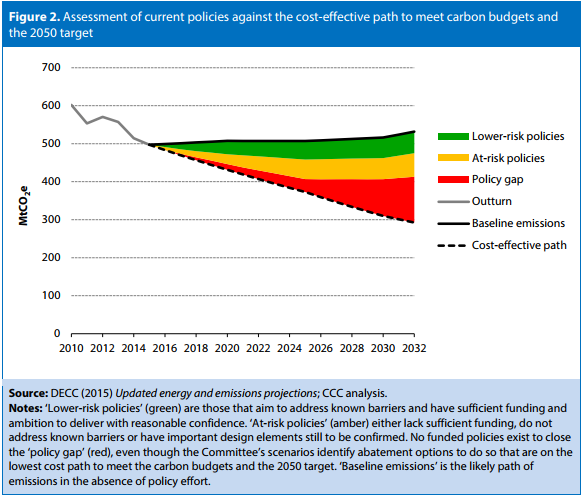